It’s not just fat, oil and grease that block drains, starch and potato peelings are also a major contributor, and with water and sewerage companies (WaSCs) out to prove it, fish and chip shops are well advised to have a preventative solution in place 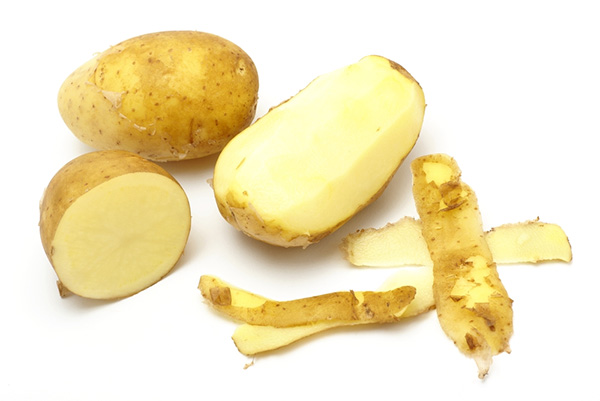 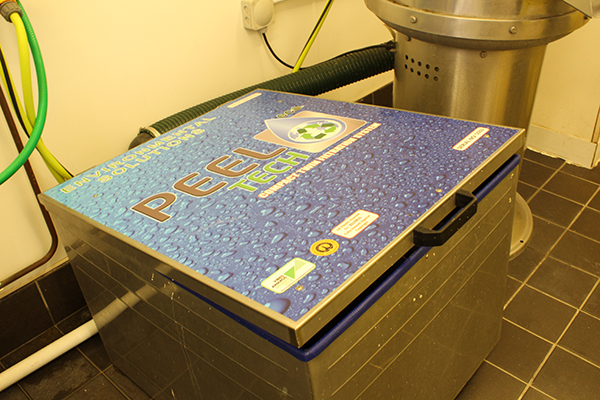 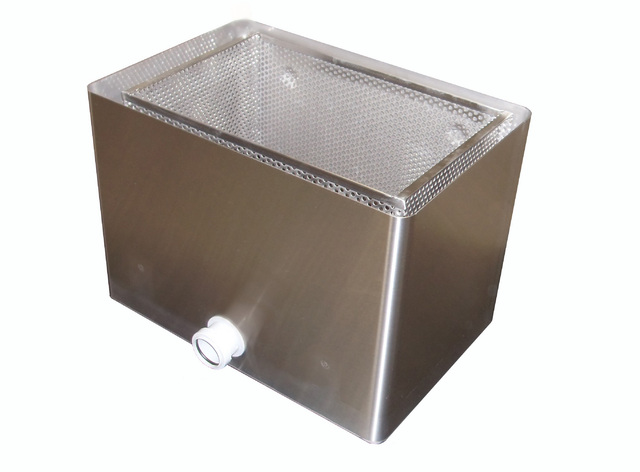 Despite it being a criminal offense to allow any waste matter that may interfere with the free flow of the sewers to be discharged to the public sewerage system, Thames Water alone estimates it spends over £1 million a month clearing blocked drains.

While there are many culprits - fat, oil and grease tend to be the biggest offender - tests have shown that potato peelings, micro peelings and starch released during the peeling process cling to other unflushable items in sewers, such as wipes and sanitary items, helping to create fatbergs and making the situation worse.

Armed with this information, WaSCs are now employing task forces to work with customers and advise them on how best to prevent potentially harmful material from entering drains in the first place. In addition, many WaSCs have the resources now to trace blockages back to the source and, if they can prove that advice and warnings have not been adhered to, they will not only prosecute but also set about claiming the costs back of clearing the blockage.

It’s an expensive business - especially if you add on the cost of closure while the blockage is cleared as well as any loss of sales if your reputation is damaged.

Stephen Williams is a network enforcement and protection officer with Southern Water and says most shops are unaware of the volume of micro peel entering the drainage system because it’s immediately flushed away and, therefore, goes unseen. But in a video he takes with him to show to shop owners he demonstrates how peeling a 25kg bag of potatoes can produce up to 6kg of waste. Bearing in mind your average sewer pipe is only about 4 inches or 100mm in diameter, it doesn’t take a lot to block it.

“One fish and chip shop blocked our sewer three times with chip waste,” explains Stephen. “But it wasn’t until he got a summons through the door to go to court that he took action and fitted a trap on his rumbler. The first thing he said was: “I’m so sorry, I didn’t realise how much muck I was putting in your sewer!”

While that chippy was lucky, others haven’t been so fortunate and prosecutions have taken place. Stephen adds: “Once when we prosecuted someone for blocking the sewer for the third time it was a fine of £2,285 plus £1,000 for the clean up of the sewer. Two subsequent prosecutions in other parts of the country, the fines have been up to £5,000 and £7,000.”

Southern Water has started a National Network Protection Forum, formed of all 12 WaSCs, to ensure that the message of FOG, potato peelings and starch entering the sewer is delivered consistently across the whole of the UK

Under Scottish Law fines have been known to be even higher - up to £40,000 - yet many shops still don’t have a system in place to prevent starch and peel from entering the drains, which comes as a surprise to Alex Milligan, trade effluent quality advisor with Scottish Water, who says: “We have found very few premises that use a potato rumbler to have adequate treatment on the outlet prior to discharging to the sewer. This is becoming an even bigger problem due to the combination of food waste and FOG with the increased use and incorrect disposal of items such as wet wipes.”

By not having a system in place shops are leaving themselves open to question and potential prosecution. Remember, the onus is on the premises owner to use the correct equipment and ignorance is not an accepted defence in court. But with no ‘standard’ filter system recommended by law, what are the options?

One is to have a gully or channel fitted when kitting out your prep room that features a fine mesh top so as wastewater can flow into it, like those supplied by Aluline. With removable grating, odour traps and waste baskets, they prevent peel from entering the drainage at source. This is the method that Quayside and Royal Fisheries use at its busy shops in Whitby. Owner Stuart Fusco comments: “We have a gutter down the middle of the prep room which takes away all the wastewater and we’ve simply got a fine mesh over the top which traps all the potato peelings. It’s our own version of a rumbler trap I guess, but it does the same job of stopping the peel entering the drains.”

An interceptor tank fitted to the rumbler will capture 99.9% of potato peelings

Another option is to fit an interceptor tank to your rumbler. Available from all the major manufacturers of chippers and peelers including Bold, IMC and Hopkins, as well as through companies such as Williams Potatoes, it sits behind the potato peeler and has a sieve which stops 99.9% of peelings from going down the drain. Costing around £200-300, it’s a cost-effective - if not messy - solution, as Dave Hughes of Bold Catering says: “It’s a messy way of doing it and if you didn’t have to you wouldn’t do it, but when the EHO comes round they will say you can’t be putting the material down the drain, so for a couple of hundred quid you can satisfy them.”

Peeling between five to six bags of potatoes before the sieve needs emptying, Dave recommends busy shops have a spare which can simply be swapped over, enabling a good 10-12 bags to be peeled at a time. “When it’s full, simply let it drain, lift out the sieve and put the contents in your bin or in with your food waste,” Dave adds.

While both of these options are perfectly adequate what they fail to do is prevent or treat the starch water which can, over time, build up on the inside of drainage pipes and cause blockages or damage.

If you want to be 100% confident that you’re capturing both, you can invest in a system that sees wastewater pass through a treatment unit to remove both potato debris and starch. One such example is the starch separator from Aluline. Starting at just over £700, it is fitted directly to the drainage system and features a shower system which allows water to flow when the potato peeling process is in operation. While an extra large removable basket is fitted in the trap to collect micro peel, the inclusion of a dosing system biological treats the starch waste, ensuring clean water goes into the drainage.

An alternative to this is Peel Tech’s modern take on the interceptor tank. Fitted to the potato rumbler, the unit works by removing waste skin and compacting the potato starch, allowing the operator to easily remove the waste for recycling use. Rather than biologically treating the starch waste, as with the Aluline system, with the Peel Tech water is power flushed down the drains, keeping them free from waste and starch deposits. It’s not a cheap option - the 50 litre compact S which handles three bags of potatoes costs £2,350 while the 150 litre which handles five bags comes in at £2,650 - but the advantage with a system like this means you also benefit from eliminating smells in the peeling room.

The solution that best meets the needs of your shop will depend on a number of factors - budget, space and the volume of potatoes peeled are just some of the considerations - so speak to your water and sewerage company first to see what they recommend, but also do your own research into equipment suppliers and take up any offers for a free survey to ascertain which is the most suitable.

As Southern Water’s Stephen Williams concludes: “As long as someone fits something to stop potato peelings and starch going into the drains, I don’t mind how they do it. Just don’t put the waste in my sewers please.”

Eliminate smells and blockages from drains and gullies with BioDrain from Drywite. Containing environmentally friendly enzymes in a water-soluble sachet, simply place the contents in the drain or gully, activate with water and any fats and waste will be digested.