A chippy that boasts a fresh fish counter, has 20 different species of fish and shellfish daily - which can be battered, baked or grilled - and even has its own beer, has been named Fish & Chip Shop of the Year.

The Cod’s Scallops in Wollaton, Nottingham, serves not only battered cod and chips, but scallops and lobster, “crab and go” seafood boxes, a range of salads, plus desserts.

The chippy has recently added vegetarian days once a month with chips cooked in vegetable oil and, as of next month, veggie and vegan specials will be available on the first Monday of every month.

Opened in 2011 by John Molnar and wife Helen, the chippy is a culmination of 30 years' cheffing experience and its popularity has seen it open further branches in Carrington, Long Eaton and Market Harborough, Leicestershire.

John was presented with his accolade by chef and restaurateur Mark Sargeant at The National Fish & Chip Awards in London yesterday.

Commenting on the win, John said: “It’s amazing, it’s involved a lot of hard work but I always believed that our fish and chips are world class. I’ve always believed, from 2011 when we opened, in what we do, the way that we evolve our fish, the way we have different species on our menu, the way we bake fish.

“In 2012, we were doing 20 species of fish that were baked. People in the industry thought I was mad and would say “why are you doing this?”. I’m doing it because I believe there is more to fish and chips than just cod and I think there are hundreds of species out there - beautiful mackerel, beautiful plaice, beautiful hake - that cooked well make a great alternative.

“Plus, I get two bites of the cherry, I get people coming in in the week that want to be healthy who want mackerel with a salad and then they come in on a Friday and want battered fish and chips.” 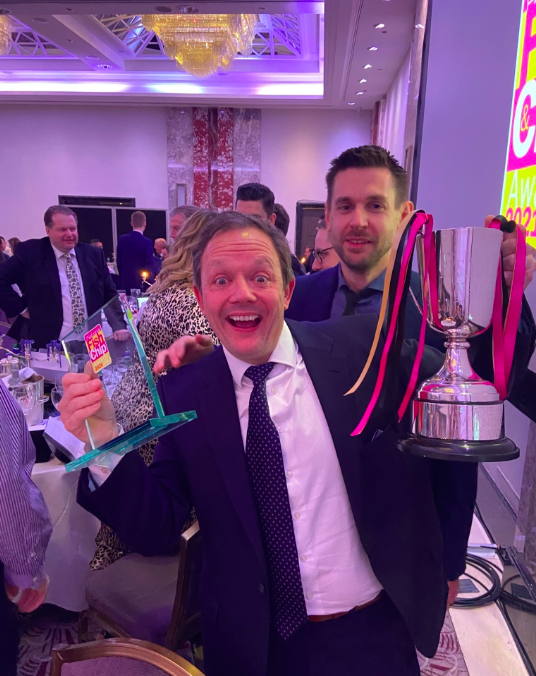 When John started the shop, its sales were predominately battered fish, with just 5% baked. This has now grown to 35%, a sign that times are changing. John comments: “It goes to show customer needs and trends are changing and we’ve evolved as our customers have evolved.”

With plans in the pipeline to launch a charity cookbook in aid of The Fishermen’s Mission, for now John is just thinking about opening the shop, saying: “I didn’t want to presume we had won, but we have extra staff on today and we’ve got extra fish in, so we’re are prepared. If you don’t prepare, you’re a fool and think most of the shops would have done that.

“What I want is for our product to be as good today as it was yesterday. What I don’t want to say is we do baked mackerel beautifully and you come to my shop and it take 45 minutes and it not be beautiful. I want to say we serve world class fish and I want that to continue for the next year.”

Dedicating the award to his mum, who sadly passed away four years ago, John said: “I wanted to say when I was up on stage that four years ago I actually lost my mother at these awards. I never made it on that stage and we came third in the Best Takeaway. I had it in me to want to say it yesterday but the words just wouldn’t come out so, mum, this one is for you.”

As well as Fish & Chip Shop of the Year, 14 other accolades were presented. The full list of winners are as follows: