Grosvenor Fish Bar in Norwich has struck the right balance, offering value for money, a warm welcome and a menu that satisfies both traditional fish and chip lovers and those looking for something different 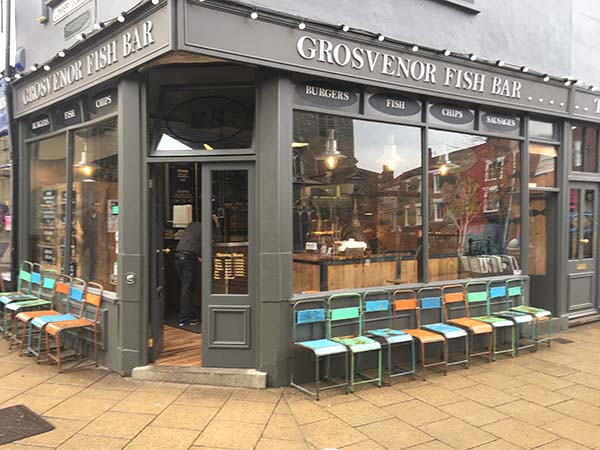 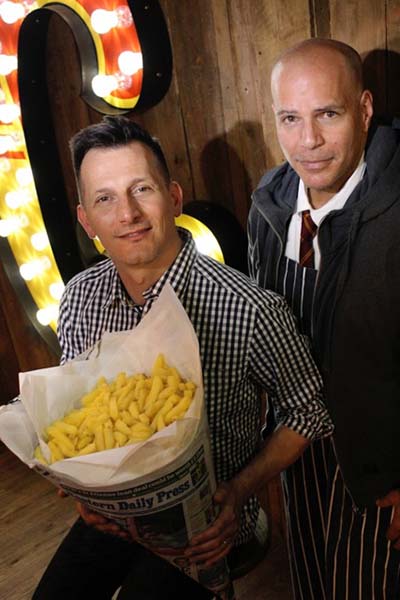 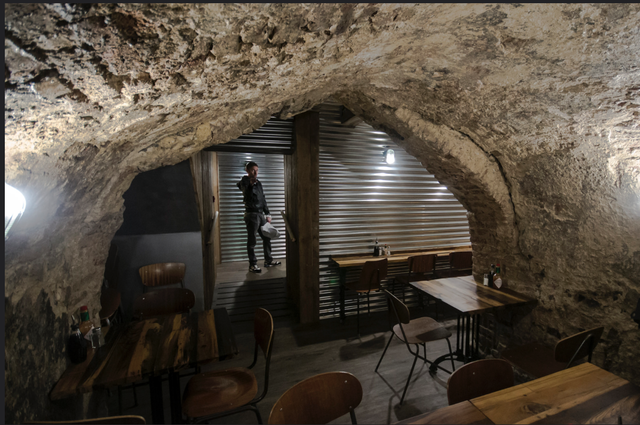 While many in the fish and chip trade are born into the business, for Duane Dibartolomeo, a marketeer from New York, it was a chance meeting while in the Big Apple that had him hooked on fish and chips.

Meeting Christian Motta, whose parents owned Grosvenor Fish Bar in Norwich, Christian extended an invitation for Duane to visit when he was in the UK next time.

“I’d never heard of Norwich, I didn’t even know where it was,” says Duane, “but I went and I Ioved it, it’s such a beautiful city and the people are so genuine.”

With Christian’s parents forced out of retirement to run the business after the previous tenants ran it into the ground, Duane saw an opportunity. He comments: “I thought it would be a great project, just fix it up and sell it. I thought it would take a few years to build up, but we fixed it up and people accepted us and it was everything we hoped it would be but didn’t think would happen, but it did happen.”

Six years on and it’s a thriving chippy, unrecognisable in many respects to the shop the pair took over but with an air of familiarity. For example, it still has a traditional fish and chip shop feel from the outside with its wooden shopfront, while inside wood and metal combine to give it a modern, industrial feel. It’s downstairs where the real difference - and uniqueness of this place - is obvious. With no windows, the pair have created an air raid-style bunker for customers to take shelter in once they have placed their order at the till. “It is really unique and we get a lot of comments from customers who say they’ve never eaten anywhere like it. It stands us out, I guess,” says Duane.

The biggest change, however, has been to the menu and it’s this that is pulling in customers from all demographics. While customers can still order traditional fish and chips - which is what Christian’s parents built the shop’s success on - the pair have added modern twists in the form of a Waco Taco, which combines spicy steamed cod with salsa, lettuce and cheese, Bass with Sass, a crispy sea bass fillet wrap, and Looney Toony, tuna steak in a roll with lettuce and wasabi mayo. There’s even a Big Mack, a crispy mackerel fillet in a roll.

“We sort of kept the original menu but added to it,” explains Duane. “We don’t have pizzas or kebabs, so it’s nothing too different to what customers had been used to, we just added different types of fish to what Christian’s dad had been selling and cooked it in a different way. The customers appreciate the fact they have more choices but at the same time they can still get what they’ve always ordered.”

What’s made the menu really work for this area is the fact Duane has tapped into what the younger generation demand and what the high street is offering - tacos, wraps and burgers - and applied that thinking to fish, all the time still offering products that can be eaten on the go or taken back to the office.

“Customers are buying the wraps and the tacos. Yes, okay, cod and haddock are still our most popular items but, when you think about it, if you have a family or a party of six or eight not everyone wants cod and chips. There are so many different dietary concerns these days, so it helps to have these other things for people to choose between. The mackerel is doing really well, it’s a strong taste so whereas the white fish is very mild, to have something so flavoursome is welcome. It also has a certain healthy reputation with the Omega in there, people like that.”

With Duane at the helm, customers are guaranteed a warm welcome - in fact he greets every one at the door - but it’s not just his New York hospitality that’s winning customers over, it’s also the fact this place offers excellent value for money. While medium cod and chips sets customers back around £6.50, there’s also an extensive specials menu which starts a £3.00 and never goes above £6.50. One of the most popular is it’s five quid squid.

Duane adds: “We don’t want to be posh, we want to be what people think of when they go to a chip shop, just with a few more options.

“We did sell halibut at one point, but it just kept going up in price - it went up to about £14 and we just couldn’t do it. We want to keep satisfying what people think they will get at a fish and chip shop, at a fair price. And if we do have something that costs more money then fine, but customers know the main core is a fair price.”

As well as forging links with the locals, Duane’s also hit if off with the pub across the road and the owner allows Grosvenor to deliver food to its punters while enjoying a pint, something which Duane estimates adds about 15% to the shop’s annual sales.

With Duane and Christian’s efforts having doubled the shop’s turnover since taking it over, Duane admits it wasn’t an instant uplift, adding: “Everything takes a little bit of time, but people here are really in to new things, they came in and saw what we were doing and little by little trade’s been going up and up and up.

“I think as long as you have your core offering and keep true to that, it can’t hurt to add things and experiment, don’t be scared of that. We’ve done lots of things that didn’t work but those that have gone well we’ve put on the menu.”

As well as the customers, Duane and Christian have managed to satisfy their biggest critic, Christian’s dad as Duane concludes: “His dad was like “no you don’t need a credit card machine, you don’t need this, you don’t need that”. He literally said no to everything, And now he comes in and says he’s so glad we never listened to him. He’s a big man for saying he likes our changes and admitting he was wrong!”